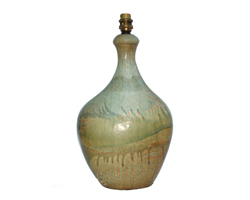 Peter Ellery had had some college training in ceramics but he did not have the experience of an apprentiship period in a pottery. His methods were unconventional. Whatever he lacked in skill and knowledge, however, he more than made up for in ideas and determination. He just kept trying until it worked.

Everything in the pottery was done by hand and almost entirely dependent on the use of moulds. Press moulding with plaster moulds was used initially to create the vases and lamp bases. A thin rolled out slab of soft clay was laid into the mould and pressed into shape. The moulds were in two parts and the final shape was created by joining the two halves of clay together. The seams were smoothed over on the outside but left rough and unfinished on the inside. Dishes were also made using shallow plaster moulds. 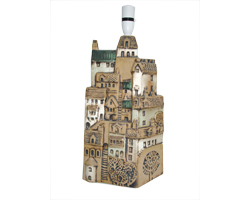 Slip casting was another process that was used extensively at Tremaen. This method was particularly suitable for making a large volume of identically shaped work. The keyed moulds were made of plaster. When slip was poured into the mould the plaster drew out the water from the slip and the clay started to solidify. When the desired depth of clay was reached then the remaining slip was poured out. The clay was allowed to go leather hard before the pot was released from the mould. The pots were fired once, at a high temperature. The decoration and glazes gave the pots an individual feel.

It isn't clear how many castings could be made from one mould but the alkaline quality of the slip would eventually wear away the plaster. There would be a loss of definition, particularly on detailed or angular forms. 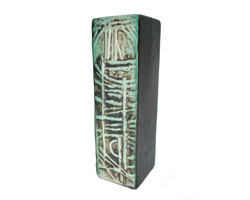 Slab building was another technique that was sometimes used. The relatively simple box shapes were constructed using thin slabs of clay.

Apart from the benefits of volume production, moulding was a technique that could be learned in a relatively short period of time, an important factor with an expanding workforce. The key to Peter Ellery's success was combining an industrial process with the opportunity to create individual character and style.

The images below are of the small, medium Harbour Lamp Base moulds and the Pebble Pots. 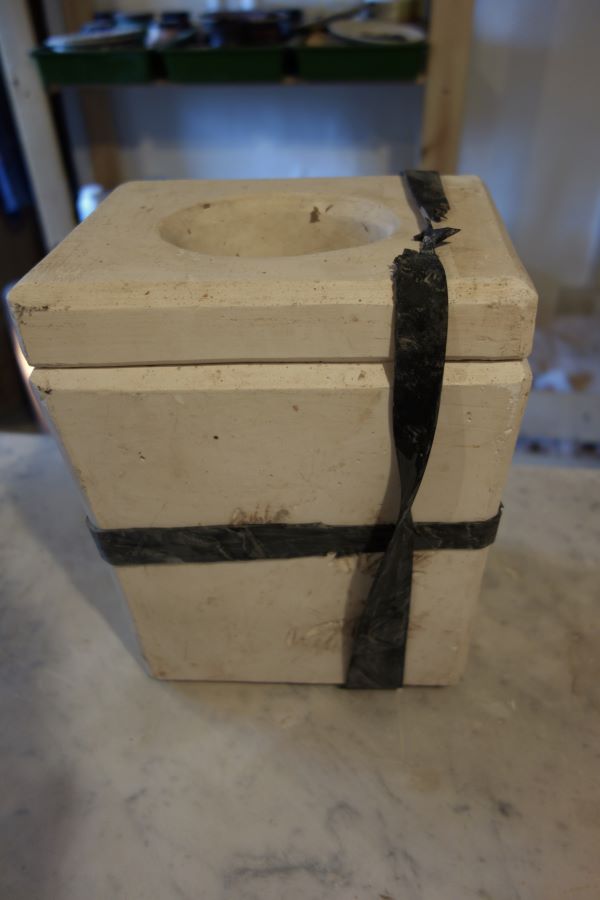 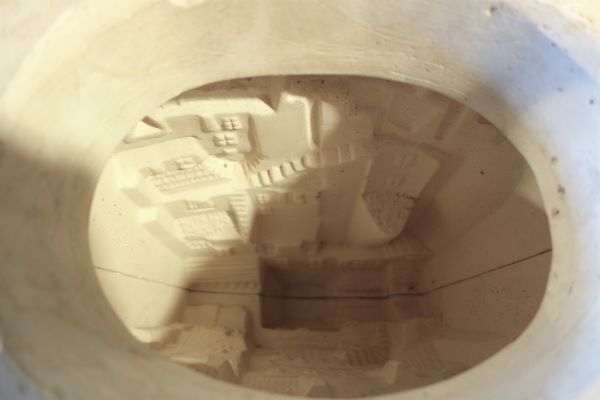 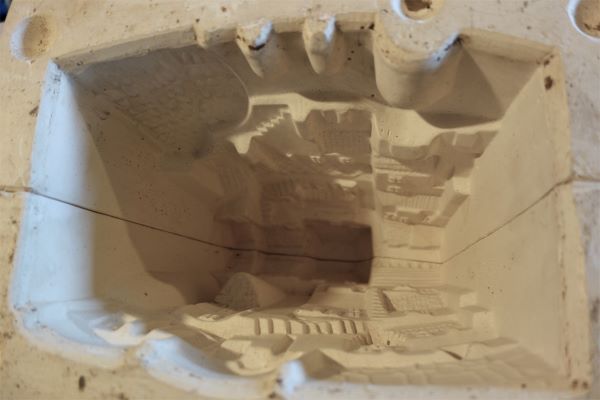 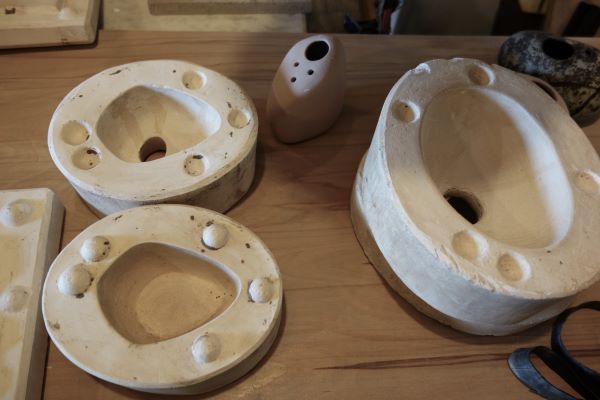 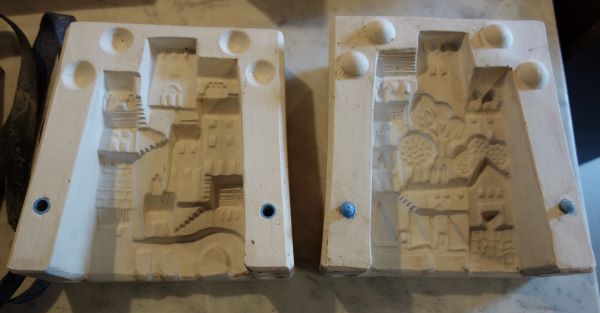 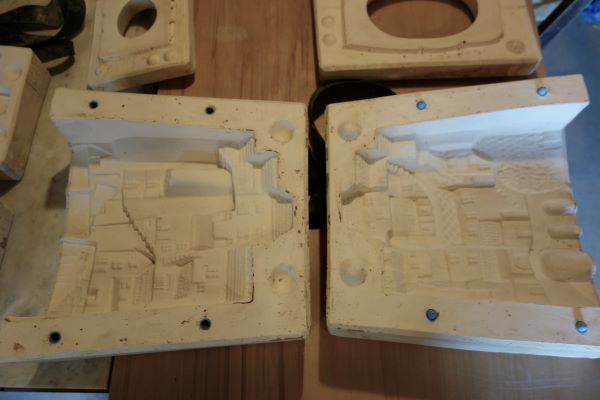